’Twas the Night Before Christmas is an animated Christmas television special produced by Rankin/Bass and based on the famous 1823 poem that opens with this line. It originally aired on CBS on December 8, 1974.

The special is set in the fictional town of Junctionville, New York, around the turn of the 20th century. Santa Claus is offended by an anonymous letter printed in the town's newspaper (and signed "all of us") claiming that he doesn't exist. In response, he returns the entire town's letters to him unopened. Upon reading the anonymous letter in the newspaper, Father Mouse (voiced by George Gobel) — a mouse assistant to the human clockmaker Joshua Trundle (voiced by Joel Grey, the credited narrator) — immediately suspects that his brainy son, Albert, is its author. Albert (voiced by Tammy Grimes) confirms his suspicions, repeating the letter verbatim to him.

Father Mouse and the Trundle family devise a plan to appease Santa by building a singing clock tower for him, built with a special recording to play a song to coax him not to bypass Junctionville on Christmas Eve. Unfortunately, Albert enters it to explore it without permission and inadvertently breaks it, seriously damaging Joshua's professional reputation. Furthermore, the mayor (voiced by John McGiver), publicly embarrassed at the clock tower's failure, refuses to give Joshua access to it for repairs.

Confessing his mistake, Albert volunteers to repair the clock tower himself and Father Mouse tells Joshua of the situation before waiting at his bed with worry on Christmas Eve. Although Albert does not complete his task until about one minute after the midnight deadline, the clock tower plays its song within earshot of Santa which convinces him to turn around and come to Junctionville after all. The special ends amid an animated telling of the eponymous poem, set to Santa leaving gifts at the Trundle home, performing the actions stated in the poem.

When aired on ABC Family or other television networks, "Give Your Heart a Try" was often cut. From 2011 onward, however, it was reinstated in its entirety.

A soundtrack album was released on Disneyland Records DQ-1367 in 1976, featuring the special's complete soundtrack.

From the 1990s through 2017, the special was aired annually in the 25 Days of Christmas on Freeform and its predecessors. As of 2019, it currently airs annually on AMC's Best Christmas Ever block.

After acquiring the home video rights to the post-1973 Rankin/Bass specials, Warner Home Video released the special on VHS in 1993. It was later made available on Warner's first DVD release of Frosty's Winter Wonderland in 2004. Warner Home Video later gave the special its own Remastered Deluxe Edition DVD in 2010, and followed it up with a Blu-ray/DVD combo pack release the following year. 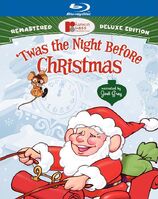 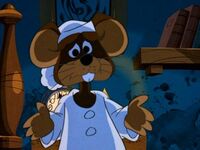 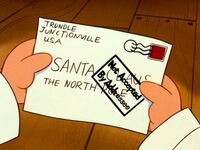 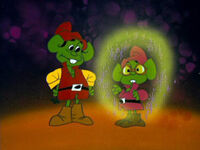 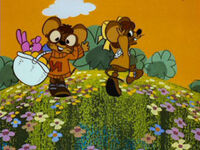 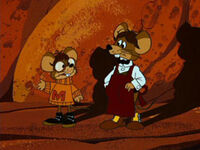 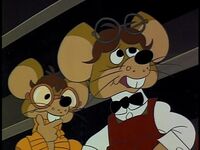 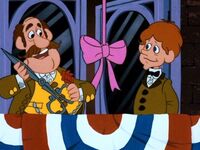 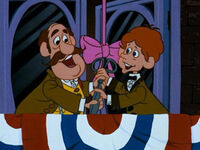 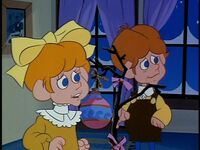 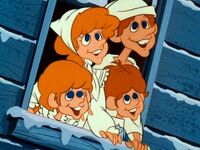 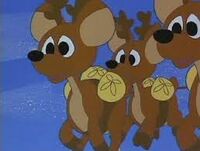 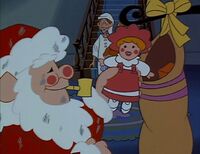 Retrieved from "https://christmas-specials.fandom.com/wiki/%27Twas_the_Night_Before_Christmas_(Rankin/Bass)?oldid=180216"
Community content is available under CC-BY-SA unless otherwise noted.