Will Vinton's A Claymation Christmas Celebration is a 1987 CBS Christmas television special that features, as the title suggests, stop-motion clay animation, in this case under the Will Vinton trademark Claymation. It won the 1988 Primetime Creative Arts Emmy Award for Outstanding Animated Program, beating out the other two nominees, A Garfield Christmas Special (which premiered on the same night as this), and the limited theatrical animated adaptation of The Brave Little Toaster.

Throughout the special, Rex attempts to clarify the true pronunciation and meaning of the term "wassail," his own definition being challenged by several other characters, including Herb. As the special progresses, Rex encounters many strange interpretations of the word; for instance, a troop of dogs is seen singing "Here We Come A-Waffling", offering delicious waffles to Herb, who is enchanted on account of his gluttony.

As Herb happily accepts several distortions of the song, Rex finds himself dismayed, thoroughly convinced that the word is "wassail". However, at the end of the special, a large group of townsfolk arrives on the scene, singing a version that agrees with Rex's theories. He is overjoyed; in celebration, the entire cast dances and sings to "Here We Come A-Wassailing", giving the special a festive ending as it closes with "We Wish You a Merry Christmas".

The special features the following songs:

A year after the special's premiere, Atlantic Records released the soundtrack on LP, cassette, and CD. It contained six songs not featured on the special, including an alternate version of "Angels We Have Heard On High", but oddly excluded "O Christmas Tree". The track listing was as follows:

The special was made available on VHS by Family Home Entertainment on September 21, 1994.

The special was later featured on the Will Vinton's Claymation Christmas Plus Halloween & Easter Celebrations DVD, released by Hen's Tooth Video on September 16, 2003. As suggested by the title, the DVD also included two other Vinton holiday specials, A Claymation Easter and Claymation Comedy of Horrors. 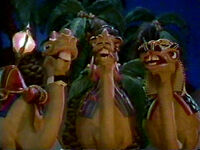 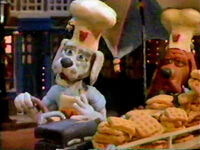 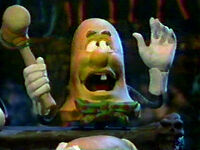 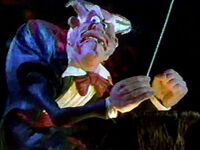 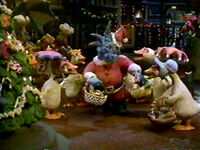 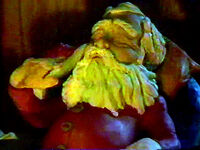 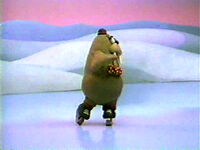 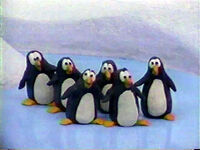 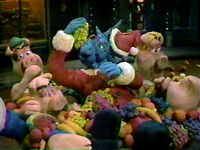 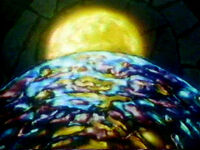 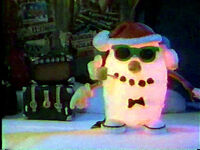 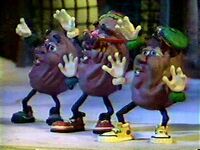 Retrieved from "https://christmas-specials.fandom.com/wiki/A_Claymation_Christmas_Celebration?oldid=120727"
Community content is available under CC-BY-SA unless otherwise noted.