Christmas Specials Wiki
Register
Don't have an account?
Sign In
Advertisement
in: Nickelodeon, Originally aired on Paramount+, Movies,
and 2 more

A Loud House Christmas (originally titled The Loud House: A Very Loud Christmas!) is a Christmas-themed live-action Nickelodeon movie, based on the channel's animated show The Loud House, that premiered on both the channel and Paramount+ on Black Friday 2021. Production began in April 2021, with the movie being filmed in Atlanta, Georgia (despite the show, and the movie itself, taking place in Michigan).

The movie's televised premiere was followed up by a new episode of the cartoon itself, "The Loudly Bones".

The movie spawned a live-action Loud House series, utilizing much of the same cast, which was announced for Paramount+ on March 24, 2022.

Two days before Christmas, everyone in the Loud house is once again preparing for the festivities. A delivery truck arrives to bring a special holiday present that Lincoln has ordered for the whole family. As the family is sitting down to breakfast, Rita gets a phone call; it's Lori, calling from Fairway University. Lori tells her parents and siblings that she is unfortunately not going to come home for Christmas, since she has exams and a tournament coming up and figures it would be too much of a hassle to drive home and back in so few days, much to Lincoln's dismay. Luna then mentions that she's been invited to go skiing with her girlfriend Sam and her family, and Luan is hosting a comedy gig at the Sunset Canyon retirement home. Rita and Lynn Sr. then decide that, since three of their daughters are going to be away, they and the rest of the kids should take a trip to Miami, Florida. Leni, Lynn Jr., Lucy, Lana, Lola, Lisa, and Lily agree to this, but Lincoln protests, not wanting to skip out on their usual holiday traditions. He tries to convince them otherwise by showing them the gift for them that he just got - a giant toboggan big enough for all thirteen of them - and says he was hoping they could all ride it down the big hill at Tall Timbers Park together. Unfortunately, the sled is broken, and there's no snow expected to fall in Royal Woods this year, so the family decides the trip is officially on.

Lincoln calls his best friend Clyde, who's waiting in line with his dads, Howard and Harold, to see Santa at the mall, and explains that his Christmas plans are ruined because of his family's new plans. Clyde, who was looking forward to visiting the Louds on Christmas Day, agrees to assist Lincoln in his plan to "save Christmas". To do this, Lincoln and Clyde set forth a series of schemes to sabotage the Louds' plans:

On Christmas Eve, the Louds watch the local news and see Katherine Mulligan reporting about the sharkodile attack in Miami, showing the "footage" that Lincoln and Clyde sent her. After introducing wilderness survival expert Rip Hardcore (whom Lincoln and Clyde are big fans of), Katherine warns her viewers not to go to Miami, much to the dismay of Lincoln's sisters. Lynn Sr. and Rita try to put a positive spin on this, since they can at least still go to see the big tree lighting at the Royal Woods Mall, which Lily has been picked to do.

Lincoln is at first pleased that his plan has worked, but after he has dressed up for the tree-lighting ceremony, he sees that his sisters are all miserable as a result of his actions. Leni is in creative distress without Tanya, and even worse, she's been fired from her job (again); Luna is heartbroken because Sam broke up with her due to her taking the chance to see Mick Swagger; Luan is upset that their Pop-Pop fired her for seemingly no reason and is considering giving up comedy (again); and Lynn Jr., Lola, and Lana are all sad about not getting to do the activities they were looking forward to doing in Miami. Likewise, Lynn Sr. and Rita are also sad about having to cancel the trip, saying they may not get another chance for a vacation like this until they've retired. Meanwhile, Bobby's moped runs out of gas, leaving him and Lori stranded 20 miles away from Royal Woods.

Back at the Loud house, Lisa announces that she's created a sharkodile repellant for them to use. Lincoln questions if it's safe to use, at which point he accidentally sprays it in Lynn Sr.'s face, causing the family patriarch to act loopy for the next hour or so. Rita then gets a call from Lori, asking her to come pick her and Bobby up. Right after Rita leaves, the family sees Katherine Mulligan reporting on the news that the sharkodile is now in Royal Woods, according to video footage captured by Scoots when Lincoln and Clyde tried to hide it in the woods earlier in the day. Katherine says that with the sharkodile lurking about, all of Royal Woods is being placed under a curfew, and the tree-lighting ceremony is cancelled. Seeing Lily heartbroken that she won't get to light the tree proves to be the final crushing blow for Lincoln, and he calls Katherine to tell her that the sharkodile was just a hoax he created. Unfortunately, she doesn't believe him, thinking that he's just pranking her.

Lincoln goes into the woods, and along with Clyde, takes their sharkodile prop (which is controlled by Clyde's dads' tandem bike) to show it to Katherine at the mall. However, Rip Hardcore sees the "sharkodile" lurching through the woods and gives chase after "it". Lincoln and Clyde try to take a shortcut through Franklin Avenue, inadvertently snagging and taking down the decorations from Lincoln's house. When the sisters see the "sharkodile" passing through their yard, Lisa also runs out after it, wanting to capture the creature and study it for science. The other Loud sisters, realizing Lisa could be in danger if she tries this, rush out after her, accompanied by their father just as he's regaining consciousness.

Lincoln and Clyde bring the "sharkodile" to the parking lot of the Royal Woods Mall, but can't stop with Rip still chasing after them. They end up driving the prop all the way inside the mall and cause a lot of property damage in the process, during which Lincoln stops to let Clyde get out and read his wish list to Santa. Eventually, after Lincoln crashes the "sharkodile" into Santa's meet-and-greet area, the other members of the Loud family arrive just in time to see him climbing out of the prop. Lincoln finally confesses to his family that he created the sharkodile hoax and sabotaged his sisters' Christmas plans, admitting that he was afraid they were all growing apart. Knowing that his intentions weren't malicious, Lincoln's family forgives him, and Katherine Mulligan declares that the tree-lighting ceremony is back on. After Lily lights the tree, Luna performs her new song, "It's Christmas Time".

The next morning, the Loud family is opening their presents, while Lincoln explains the aftermath for the viewers. He has been sentenced to 300 hours of community service due to the property damage he caused; but on the upside, Luna and Sam have gotten back together and are going to go on their ski trip after all, Leni has been rehired at Reininger's and gotten her creative spark back, Luan has reconciled with Pop-pop and has been re-booked for her Sunset Canyon gig, and the family's going to go to Miami after all. Lincoln's parents and sisters then surprise him by revealing that they fixed up the giant toboggan, and thanks to some cloud-seeding, Lisa manages to make it snow above their house. The movie ends on the Louds and Clyde riding the big toboggan down the hill at Tall Timbers Park. 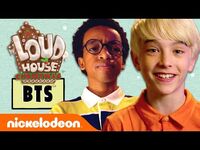 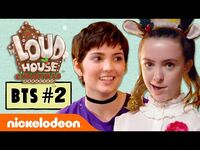 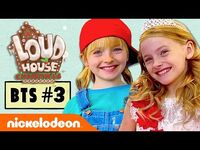 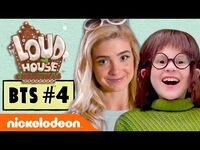 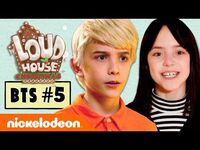 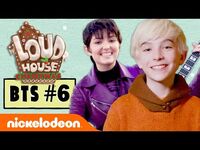