Released in 1995, the material on the album is very similar to the Merry Christmas from Sesame Street LP from 1975. However, it has been modernized by removing some of the characters who were no longer on the show, and dubbing in current characters. For example, the 1975 version of "The Twelve Days of Christmas" included vocal parts by Hardhead Henry Harris and Smart Tina, who are replaced here by Elmo and Telly Monster. Zoe, Hoots the Owl, and Wolfgang the Seal were also added. Moreover, one track is added, "True Blue Miracle", that is not from Merry Christmas from Sesame Street. 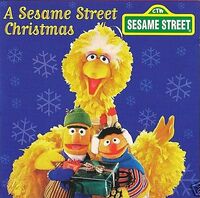 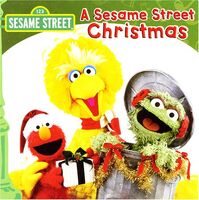 Retrieved from "https://christmas-specials.fandom.com/wiki/A_Sesame_Street_Christmas?oldid=172309"
Community content is available under CC-BY-SA unless otherwise noted.