Annabelle is the protagonist and title character of the 1997 Christmas special Annabelle's Wish. She is a calf who is the daughter of Star and an unknown bull, born on Christmas Eve and given the temporary ability to talk by Santa Claus, along with the rest of the animals on the farm. She became fascinated by Santa's reindeer and wished to fly like them. She befriended Billy, the farmer's mute grandson.

Years later, after Billy had grown up, an adult Annabelle reencountered Santa, who made her wish to fly come true by turning her into a reindeer. 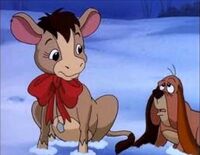 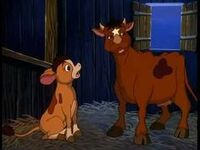 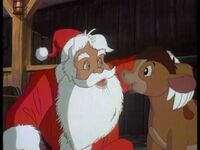 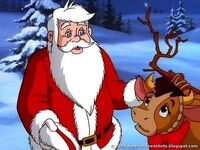 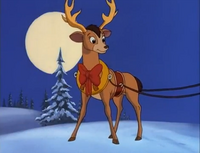 Annabelle as a reindeer
Add a photo to this gallery
Retrieved from "https://christmas-specials.fandom.com/wiki/Annabelle_(Annabelle%27s_Wish)?oldid=163258"
Community content is available under CC-BY-SA unless otherwise noted.