The network was founded in 1977 as an extension of televangelist Pat Robertson's Christian television ministry, and eventually evolved into The Family Channel by 1990. In 1998, it was sold to News Corporation (parent company of FOX) and media mogul Haim Saban and renamed Fox Family. In October 2001, the channel was then sold to the Walt Disney Company and renamed ABC Family. It was rebranded with its current name in January 2016.

Categorized here are Christmas specials and episodes that were originally broadcast on the CBN Satellite Service, the CBN Cable Network, the (CBN) Family Channel, Fox Family, ABC Family, or Freeform.

See also 25 Days of Christmas for the channel's annual Christmas programming block (which also ran on Disney's other networks in 2017 and 2018). 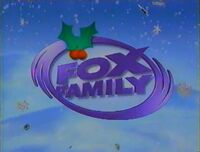