The story begins as Batly is getting everyone ready for the big Christmas show. The scent of Christmas is being masked with frustration. Eureeka has been magicking her heart out trying to make a Christmas tree, only to fall short with Christmas Tea. Magellan tries to replace the tree with his decorated tail, only to wind up crashing the entire stage. Magellan is cast out of the play, and to make matters worse, Mr. Knack is hopping around in an Easter Bunny costume.

Feeling left out, Magellan heads into the forest with his pet, Cooie, to prove his worth by finding a Christmas tree. This task proves quite difficult as Magellan is searching for one that is pre-lit.

Back at the castle, Batly is rehearsing with his pet spider, Webster. Bogge and Quagmire are spinning around in circles and getting lost in their own enormous wish lists. Popcorn is mysteriously being tossed about from the floor. One of the rodents informs the gang that Magellan left several hours ago to find a Christmas tree. Batly quickly feels the guilt of calling out Magellan for the oaf he is and goes out into the woods to find him. But since Batly is blind as a bat, after he finds Magellan, neither can figure the way out.

Before long the rest of the crew gathers in the woods. They're cold, tired, and hungry, but are filled with joy at the Christmas spirit of togetherness. Magellan has found the perfect Christmas tree and Eureeka magics up the finishing touches. Finally the true meaning of Christmas is wrapped up with the final music number of the show.

The episode was released on VHS by Sony Wonder on August 29, 1995, and again by Paramount Home Entertainment on October 13, 1997. 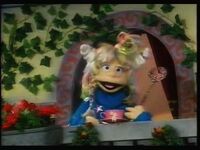 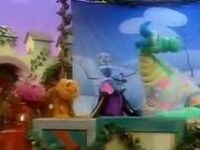 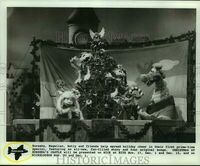 Retrieved from "https://christmas-specials.fandom.com/wiki/Christmas_at_Eureeka%27s_Castle?oldid=157629"
Community content is available under CC-BY-SA unless otherwise noted.