The film begins in World War II as a German U-Boat fires a torpedo, sinking an American vessel (which is edited from Action in the North Atlantic). Two survivors, Jefferson Jones and Seymour Sinkiewicz, float aboard a raft and wait for rescue. Jefferson hallucinates about eating a multi-course meal in a fancy French restaurant. After 18 days, they are rescued and begin recovery at a U.S. Navy hospital. However, Jones must do without solid food while Sinkiewicz gets all he can handle. The explanation is that he starved longer than Sinkiewicz, allowing him the last available K-ration. Desperate for some real food, Jones turns to Sinkiewicz, who tells him that he should use the old "Magoo" to get his nurse to bring him some food. Sinkeiwicz explains that the nurses will do special favors for patients who are in love with them. Jones decides to try this with his nurse, Mary Lee. The con pays off, but Jones soon learns that the doctors were right. His stomach is not ready for solid food.

Jones later realizes the plan has worked too well, and Mary is prepared to marry him. He tells her that, being in the Navy, he's never really known what a real home is like. Nevertheless, Mary is determined to see the engagement through. She reads an article in a housekeeping magazine by Elizabeth Lane. Elizabeth Lane is comparable to today's Martha Stewart. She writes about her life on a farm in Connecticut with her husband and baby. She is a model of domesticity, a gourmet cook and the idol of many an American housewife. Mary decides to write to the publishing magnate, Mr. Alexander Yardley, who controls Lane's publication. Mary had nursed Mr. Yardley's granddaughter through the measles. She asks if Jones can spend Christmas on Mrs. Lane's farm. Mr. Yardley, sensing a public relations boon, supports the idea wholeheartedly.

Unfortunately, there's a problem; Elizabeth is not what she appears to be. She lives in a small apartment in New York, is unmarried, and can't cook. She writes the articles simply for the money, and her "five-star" recipes are provided by her friend, Felix Bassenak, who owns a Manhattan bistro. When she hears of Mr. Yardley's plan, she begins to panic. Mr. Yardley is a stickler for honesty in his publications. She knows that if she owns up to what has been going on, she will be fired as will her editor and friend, Dudley Beecham. She goes to meet with Mr. Yardley with the intention of telling him that she couldn't possibly entertain Mr. Jones. Mr. Yardley doesn't listen to anything she says and she winds up agreeing to the plan. Worse still, Mr. Yardley is feeling lonely this Christmas. His daughter is stuck in Washington doing war work, and he stands to spend Christmas alone in his Long Island mansion. He invites himself to the farm for Christmas, adding more pressure to Elizabeth's problems.

With time running short, Elizabeth meets Dudley and her friend, John Sloan for drinks at Felix's restaurant. Sloan is a pompous architect who has given Elizabeth numerous marriage proposals, none of which she has accepted. Faced with the prospect of losing her job, Elizabeth finally agrees to marry Sloan. Sloan actually lives on a farm in Connecticut. Elizabeth feels guilty about Dudley losing his job too and asks Sloan if they can entertain Yardley and Jones at his farm over Christmas. Sloan comments that he will likely regret agreeing to the plan but he goes along with the idea. Felix is invited along to do the cooking and pose as her uncle, a favor he is willing to carry out as Elizabeth helped to fund his restaurant business.

Elizabeth and Sloan arrive at his picturesque farm in Connecticut where they are met by Nora, the housemaid, and a neighbour's baby that they will pretend is their baby. The plan is for the couple to marry immediately. Elizabeth is wearing a stylish suit with a glittering flower design on the front. She goes up to freshen up. Judge Crothers arrives. Sloan and the judge discuss where to hold the ceremony.

Felix, Nora and Elizabeth all enter the main room at the same time. The judge is introduced and mistakes Nora for the bride. The couple with their witnesses assemble in front of the Christmas tree, Felix calls for some music and the ceremony begins. Just then, sleigh bells are heard outside. Jones arrives two hours early and interrupts the ceremony.

For Elizabeth and Jones, it is love at first sight. However, Jones believes Elizabeth is married. Although Elizabeth is strongly attracted to Jones but can't confess that she isn't married. She quizzes him about whether he is in love with anyone and whether he wants to get married. Jones turns out to have had experience with babies, a trait Elizabeth admires. "You would make an excellent father," she comments.

Christmas Eve finds the party relaxing after dinner. Sloan and Yardley play cards. Elizabeth trims the tree wearing a lovely long dress and short white jacket while Jones plays the piano and sings a romantic song. Elizabeth is clearly smitten. The phone rings and it is the Judge. He will be arriving in 15 minutes. Sloan hustles them all up to bed. Nora is horrified when Sloan ushers Elizabeth into his bedroom. She quits on the spot and is leaving the house in a huff, muttering comments about the type of women who lead men on, when Sloan stops her and explains that the judge is arriving and they need her as a witness.

The ceremony is about to begin but they need Nora and Felix as witnesses. Elizabeth goes to get them but decides, instead, to head into the kitchen where Yardley and Jones are raiding the refrigerator for a midnight snack. She is about to return to the wedding ceremony when a cow, Macushla, arrives at the kitchen door. Elizabeth has written about the cow in her column, describing how she has to take the cow to the barn to settle it down for the night.

Jones goes with her to walk the cow to the barn. Elizabeth is clearly having second thoughts about marrying Sloan. She makes some suggestive comments and the couple come close to kissing. However, Jones is not the type to kiss a married woman so the moment passes. The couple settle the cow in the barn and, as they leave, the barn door slams behind them dislodging snow on the roof. It cascades down on the couple and they wind up lying in each other's arms. Elizabeth moves her things to the guest room and spends the night there.

The next morning, Elizabeth tells Felix what happened the night before. She is clearly in love with Jones and Felix is delighted. Yardley has asked Elizabeth to be able to watch her flip flapjacks in the morning. Felix coaches Elizabeth but she doesn't succeed. A woman arrives at the door with another baby. Nora minds babies of the women who work in the war plant in the village. This baby is a blond little boy. The previous baby, that Jones and Yardley had seen, was a dark-haired little girl. The baby is handed off to Felix who hustles it out of sight.

The judge arrives, and Sloan and Elizabeth hurry into the library. The ceremony is about to begin when Yardley interrupts. They tell him that they were married on Christmas Day and every Christmas they renew their vows. Sloan goes out to get Felix and Nora but is interrupted by Felix who has some awful news. The baby has swallowed his watch! Everyone rushes around dealing with the emergency. Felix asks the judge to come back later. In the bedroom, alone with Elizabeth and the baby, Felix reveals that he has the watch under his hat. He deliberately created the emergency to hold off the wedding.

Everyone heads into the kitchen for breakfast, and Yardley makes the request again to see Elizabeth flip flapjacks. Elizabeth picks up the skillet and, with her eyes closed, successfully flips the flapjack. The doorbell rings and a member of the community comes in to invite Sloan and his guests to a community dance that will be taking place that night. Elizabeth relishes the chance to dance with Jones and quickly agrees.

During the dance, Elizabeth and Jones slip outside. Yardley is horrified when he sees them go and follows them. Jones comments to Elizabeth that he will be leaving the next day. The two get into a sleigh. The horse walks off with them. The couple flirt, seemingly acknowledging their feelings for each other but Elizabeth does not confess her marital status. The police catch up with the runaway sleigh and take Elizabeth and Jones off to the police station.

Meanwhile, back at the farm, the woman from the war plant arrives to pick up her baby. As she is leaving, she is seen by Yardley who thinks someone is kidnapping the baby. He sounds the alarm by calling the police and newspapers.

Elizabeth and Jones return to the farm at 7 a.m. after spending the night in jail. They wake up the sleeping reporters. Yardley chastises Elizabeth for being out all night and not caring about her missing baby. Elizabeth finally comes clean. Furious, Mr. Yardley fires her. In the midst of all this, the doorbell rings and Mary Lee, the nurse from the hospital, arrives. She reveals to Felix that she married Sinkeiwicz so Jones is no longer engaged.

Felix entices Yardley into the kitchen with the smell of cooking kidneys. He fabricates a story about a competing magazine's attempts to hire Elizabeth and Yardley decides to hire her back at double her salary. Felix then goes and tells Jones about Mary Lee breaking his engagement.

Elizabeth is packing when first Yardley and then Jones go in to talk with her. She is not aware that Jones knows that she is not married and doesn't know that he is not engaged. Jones comes on strong. He kisses her and challenges her and telling her that he knows she isn't married. Finally, he admits that he is no longer engaged, and the couple kiss again. The movie ends with the couple about to be married.

The film's score was composed and conducted by Frederick Hollander, and directed by Leo F. Forbstein. 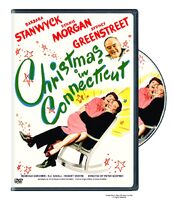