Christmas with the Mormon Tabernacle Choir is an annual concert series for the Mormon Tabernacle Choir Christmas. The concerts were usually held in the LDS Conference Center auditorium in Salt Lake City, Utah during the month of December. The concert usually runs in four shows, such as a dress rehearsal on Thursday, shows on Friday and Saturday and an abbreviated show on Sunday following the Music and the Spoken Word morning program. A live album on CD and DVD is usually released, as with the concert airing on PBS, during the second half of the following year.

Guest artists participate and sing with the choir most years. A guest narrator is also invited most years to read the Christmas story from the Book of Luke. Past guest artists include:

The 2014 concert with appearances of the Sesame Street Muppets will be aired as a television special on PBS in December 2015. Before then, it will be released on DVD and CD on October 16, 2015. 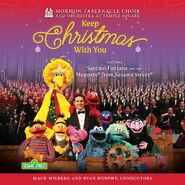 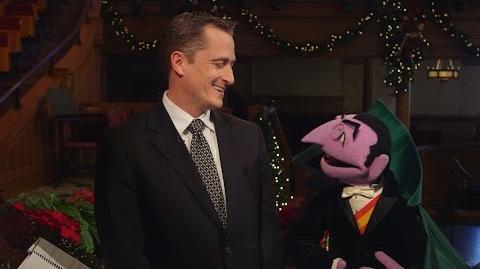 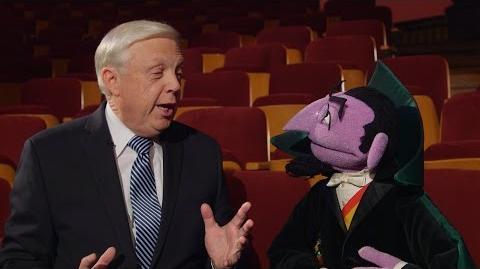 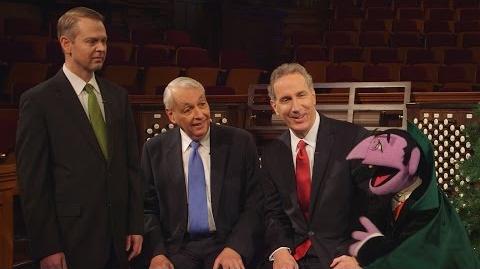 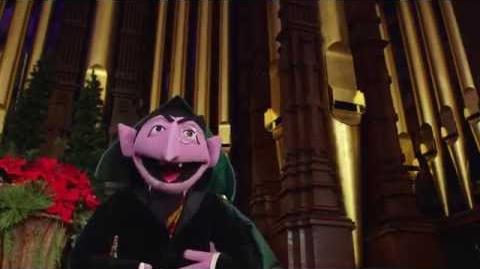 2 Days Until the Christmas Concert - Countdown with the Count 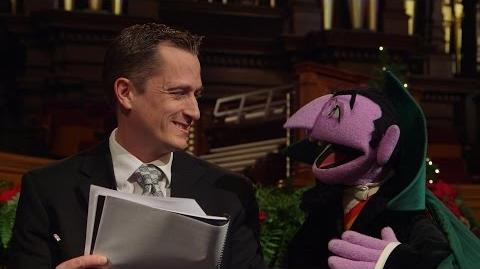 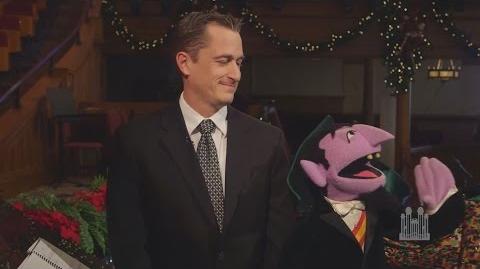 Outtakes from the Count's Christmas Concert Countdown
Add a photo to this gallery
Retrieved from "https://christmas-specials.fandom.com/wiki/Christmas_with_the_Mormon_Tabernacle_Choir?oldid=120608"
Community content is available under CC-BY-SA unless otherwise noted.