The Disney Parks Christmas Day Parade is an annual American television special that airs on Christmas Day on ABC (and formerly on CBS prior to Disney's acquisition of ABC), taped primarily inside the Magic Kingdom theme park at the Walt Disney World Resort in Lake Buena Vista, Florida. The program has aired annually since 1983, with the exception of 2000 when ABC aired a Christmas Eve "Tracking Santa" special instead. In 1999, a nighttime version of the parade was shown on Christmas Day.

Starting in 2009, additional parades from Disneyland in Anaheim, California, were also taped about three weeks prior to Christmas Day. Past shows included segments featuring other Disney theme park around the world.

The parades down Main Street, U.S.A. features appearances by many Disney characters, including Mickey Mouse, Minnie Mouse, Goofy, Donald Duck, Pluto, Scrooge McDuck, and Chip 'n' Dale, as well as floats featuring celebrities, musical performances, marching bands from various schools and community groups across the USA, and highlights of events and properties at Disney theme parks and other Disney productions. Most of the program is taped in November and early December for broadcast on Christmas Day. However, until the early 1990s, the parade was broadcast live on Christmas Day. 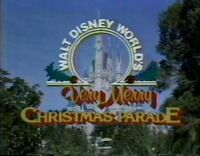 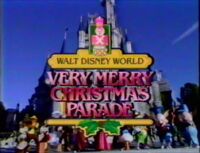 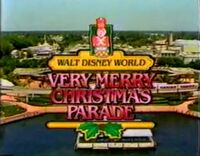 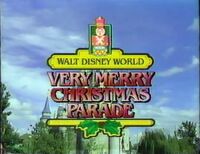 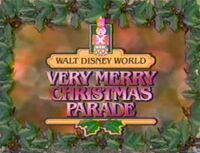 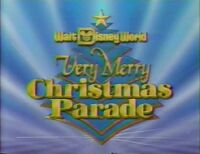 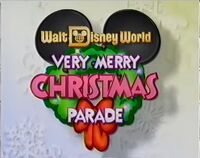 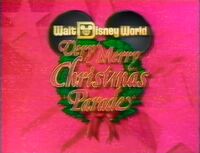 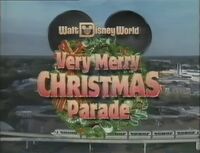 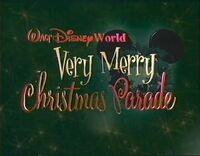 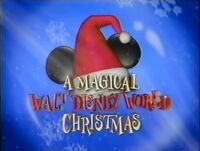 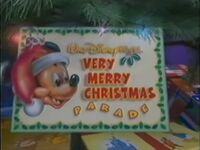 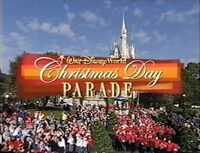 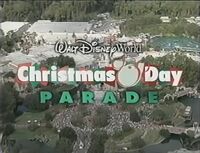 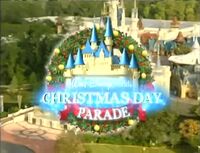 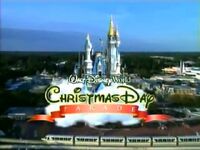 Ryan Seacrest (pictured here with Minnie Mouse) had been a host in one capacity or another since 2006...

Neil Patrick Harris (pictured here with Mickey) joined in the fun as parade host at Walt Disney World in 2013. 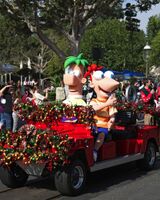 Phineas and Ferb made their first "live" appearance during the taping for the 2009 parade.
Add a photo to this gallery

Retrieved from "https://christmas-specials.fandom.com/wiki/Disney_Parks_Magical_Christmas_Day_Parade?oldid=112316"
Community content is available under CC-BY-SA unless otherwise noted.