Sesame Street
A Muppet Family Christmas
"Monster Monster Day"
"A Furchester Christmas"
Elmo is a 3½-year-old furry red Muppet monster with an orange nose who appears on the television show Sesame Street. He debuted with the name Baby Monster during the early 1970s, when he usually only appeared in the background and was performed by numerous Muppeteers. He was eventually renamed Elmo in season 12, when he was performed by Brian Muehl. After Muehl's departure, he was briefly puppeteered by Richard Hunt, who shortly afterward tossed the role to Kevin Clash, who portrayed the character from then until his resignation in 2012 due to his sexual misconduct, after which Ryan Dillon took over the role in 2013. Under Clash's run with the character, Elmo's popularity on the show rose, especially when a toy in his image, Tickle Me Elmo, became the hottest-selling children's toy of 1996. Since then, Elmo has made starring roles in several Sesame Street-based Christmas specials. 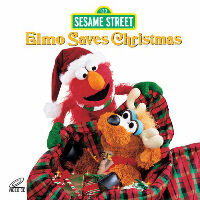 Retrieved from "https://christmas-specials.fandom.com/wiki/Elmo?oldid=188482"
Community content is available under CC-BY-SA unless otherwise noted.