Sesame Street
A Muppet Family Christmas
Ernie and Bert are a pair of Muppet characters from the television show Sesame Street. The two appear together in numerous skits, forming a comic duo that is one of the centerpieces of the program. A typical Bert and Ernie skit has Ernie coming up with a hare-brained idea and Bert trying to talk him out of it, ending with Bert losing his temper and Ernie remaining unaware of the results of his own bad idea. As Sesame Street regulars, they have appeared in most of the Christmas specials spun off from the program.

There is a long-standing rumor that the characters were named after Ernie the taxi cab driver and Bert the policeman from It's a Wonderful Life; however, most sources from the Jim Henson Company have stated it to be a coincidence. 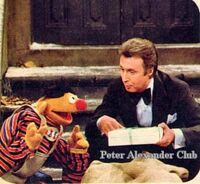 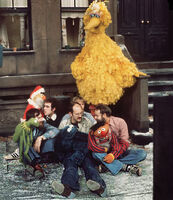 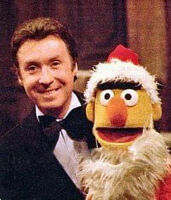 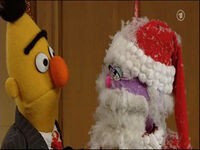 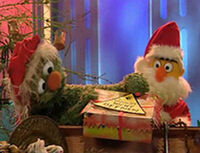 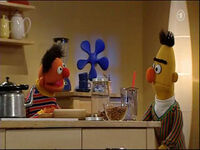 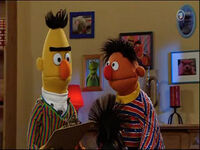 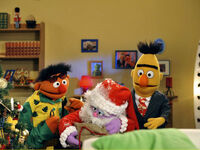 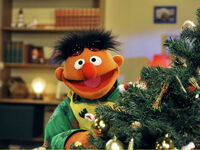 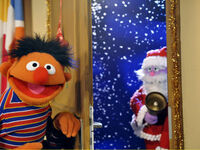 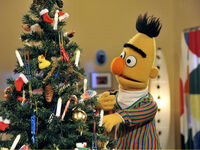 Retrieved from "https://christmas-specials.fandom.com/wiki/Ernie_and_Bert?oldid=173681"
Community content is available under CC-BY-SA unless otherwise noted.