The episode opens with New Directions singing "All I Want for Christmas is You" whilst decorating the choir room, with Mercedes singing the lead. Sue recruits the glee club to sing at a homeless shelter where she will be volunteering to distract her from the first Christmas without her sister Jean, who died earlier that year. Rachel gives Finn a long list of Christmas present suggestions. Finn is appalled by how much Rachel wants, although she tells him five items are plenty. When she later hints that an early gift would not be amiss, he surprises her with the donation of a sow in her name to needy Africans. Rachel is unhappy, reminds Finn that she is a vegan, and recommends that he sticks to her list to avoid embarrassment, while pointedly mentioning earrings.

Rory dedicates the song "Blue Christmas" to his family, whom he misses, as this is his first Christmas without them. Sam offers to take Rory home with him to show him a true American Christmas. Will Schuester announces that New Directions has been asked to create a holiday special for the local PBS station, with Artie as the director. The station manager agrees to Artie's concept — a black-and-white homage to both The Star Wars Holiday Special and The Judy Garland Christmas Show, featuring hosts Kurt and Blaine welcoming their friends for suave banter and happy, cheerful songs. Rory will play Itchy the Elf and recite "Frosty the Snowman." Sam points out that Frosty does not have a happy ending, and that a little sadness is also a part of Christmas. But Artie only wants to present the "merry" part and will be rewriting Frosty to fit, so Sam decides not to participate.

Blaine and Rachel perform "Extraordinary Merry Christmas", wanting to impress Artie so she can get a big part in the show. When they finish Sue walks in believing that they are rehearsing for the homeless shelter performance, which they have all forgotten about. She feels disappointed in them, she can't believe that they are going to walk away from people who have nothing, asking the group that they all agree that they won't help and then leaves, leaving Quinn unsettled with them ignoring their other choice.

Kurt and Blaine lead off the Glee Holiday Spectacular by performing "Let it Snow, Let it Snow, Let it Snow", Rachel and Mercedes arrive and sing "My Favorite Things" with their hosts, Finn and Puck show up as not-quite-real Star Wars characters and perform "Santa Claus is Coming to Town", and "Christmas Wrapping" is sung by Brittany, with back-up by Santana, Tina, Mike and several other Cheerios. When Rory as Itchy arrives, the others are dismayed when he says that he will not be reading "Frosty the Snowman"; he instead reads the biblical nativity story from the Gospel according to Luke.

Quinn and Sam are at the homeless shelter with Sue, helping to serve the rapidly disappearing meal, when the New Directions arrive, late, with more food and presents. They sing "Do They Know It's Christmas?" for them. Back at McKinley, Rachel has a change of heart and names Finn's gift sow "Barbra". Finn does give her the earrings she wanted, but she ultimately returns them and the iPod she gave him: they instead donate them to the Salvation Army kettle manned by Sam and Rory, and stay to help.

The episode was made available on the Glee: The Complete Third Season DVD and Blu-ray sets, released August 14, 2012. 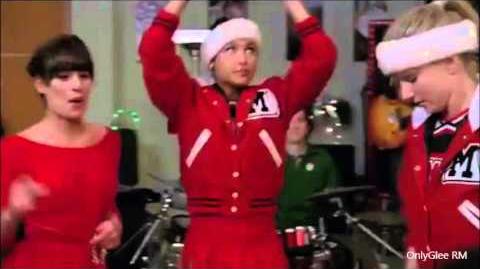 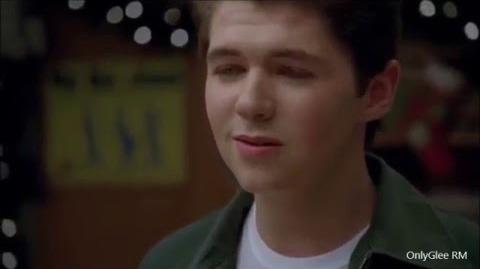 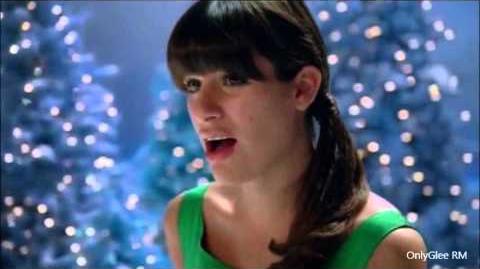 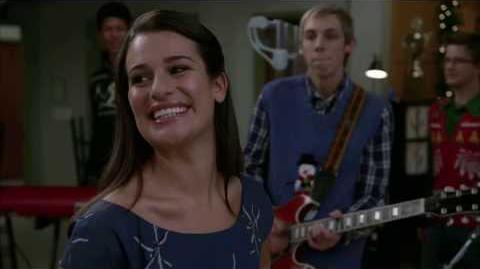 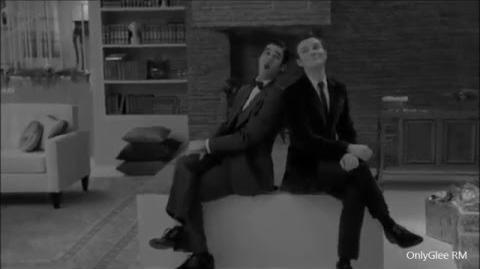 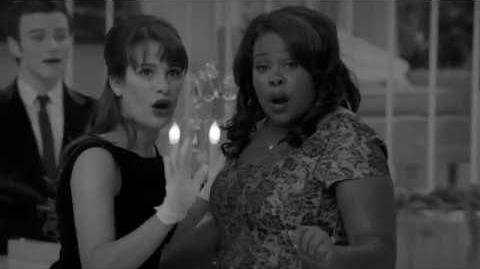 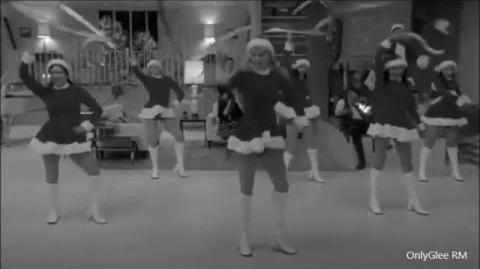 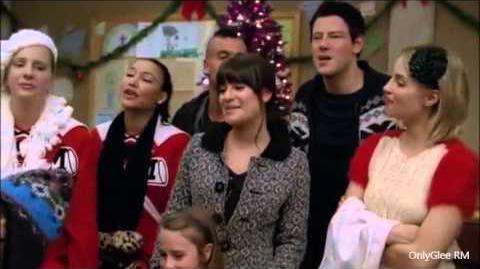 GLEE "Do They Know It's Christmas?" (Full Performance) From "Extraordinary Merry Christmas" 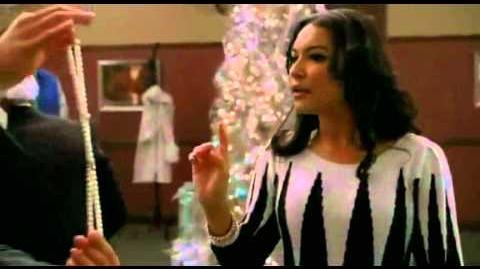