"Glee, Actually" is the third Christmas-themed episode of the 20th Century Fox television series Glee, originally aired on December 13, 2012. The title is a reference to the 2003 comedy film Love Actually.

Artie Abrams injures himself on an icy wheelchair ramp at McKinley High. Finn Hudson helps him to the school nurse's office, where Artie tells Finn he wishes that the accident that paralyzed him had never happened. Artie falls asleep in the nurse's office and enters a dream sequence. In the dream, as explained by his guide Rory Flanagan, Artie was never paralyzed and as a result many of the events as he knows them never took place. The glee club never got off the ground, and Will Schuester has become an apathetic alcoholic under the control of his wife, Terri Schuester. Kurt Hummel is bullied by jocks – including several of the glee club members – because of his homosexuality, and as a result never graduated from high school. Rachel Berry works as a librarian in the school library, having never had a chance to be a star. Becky Jackson is the school slut because she was never treated with respect because Artie never took her on a date. Artie gathers the glee club as he knows it and performs "Feliz Navidad" in an attempt to inspire them to establish a glee club, but fails. Last, Rory informs Artie that Quinn Fabray never managed to recover from her car accident, which happened regardless of her participation in the glee club, and, since she didn't have the support of her friends, died of a broken heart. Rory explains to Artie that wheelchair-bound Artie is the heart and soul of the glee club, and Artie wakes up from the dream with a better appreciation of his role in the club.

Burt Hummel surprises Kurt and Rachel by showing up at their New York apartment. Burt explains to Rachel the significance of Christmas in Kurt's life, especially after the death of Kurt's mother. Rachel goes on a cruise, while the Hummels continue to bond in New York. Burt reveals to Kurt that he has prostate cancer, but it was diagnosed at an early stage and his chances for survival are very high. Burt then surprises Kurt again by revealing that he has paid for Blaine Anderson to travel to New York to spend Christmas with them. They have an awkward but cordial reunion, and sing "White Christmas". Back at the apartment, Burt, Kurt, and Blaine continue several of the Hummels' Christmas traditions, and have dinner.

Noah "Puck" Puckerman invites Jake Puckerman to travel to Los Angeles with him. Puck tries to impress Jake with the lifestyle he lives in Los Angeles, but when the actual owner of the house where Puck told Jake he had been living returns home and kicks them out, Puck admits he has been lying about his lifestyle. The brothers return to Lima and later have a Hanukkah dinner at Breadstix, together with their respective mothers. The dinner goes badly at first, as the two women resent each other, but Puck and Jake convince their mothers that all four of them have a common bond: they were all placed into a difficult situation by Puck and Jake's father. The women begin to talk and soon start to bond. Puck informs Jake that he will be staying in Lima, while he works on a screenplay.

Brittany Pierce and Sam Evans reveal to each other that they believe in the 2012 Mayan apocalypse. Believing that the world is about to end, Brittany cashes out her savings and gives her friends expensive gifts, and Sam proposes to Brittany. Coach Shannon Beiste performs the wedding ceremony. When the apocalypse does not occur as expected, Sam and Brittany realize that they are still married, and meet Coach Beiste at BreadstiX to ask for help. Beiste reveals that she is not actually qualified to perform weddings, and that they are not officially married. She did this because she didn't really want them to get married. Both Brittany and Sam are disappointed that the world didn't end, but they realized that it felt good being nice to others. Coach Beiste, feeling sorry for them, pretended that an archaeologist named Indiana Jones found a Mayan calendar predicting that the world would end on September 14th, 2014. This lifted Brittany and Sam's spirits, who were delighted to find out that there was still time to tell others how they felt.

After failing to satisfy Becky with her Christmas gifts, Sue Sylvester draws Millie Rose's name in a Secret Santa event held among the McKinley High faculty and staff. Unsure what to get Millie, Sue happens upon a conversation between Millie and her daughter Marley Rose. Marley wants to have a Christmas tree and at least some gifts, but Millie explains that they need to save money to pay a counselor to treat Marley for her eating disorder. After seeing this, Sue breaks into the Roses' home that night and surreptitiously leaves them a Christmas tree, several presents, and enough money to pay Marley's counselor. Becky reveals to Millie that Sue was behind the surprise when bribed by candy and Millie attempts to return the money, but Sue refuses to accept it. Millie then brings Sue to the auditorium, where several of the glee club members including Marley sing "Have Yourself a Merry Little Christmas", joined in unison by the four glee clubbers singing in Breadstix and the two singing in the New York apartment.

The episode is available on Glee: The Complete Fourth Season DVD and Blu-ray sets, released October 1, 2013. 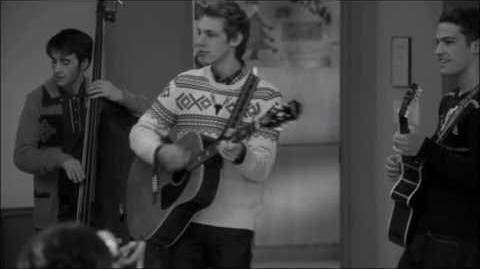 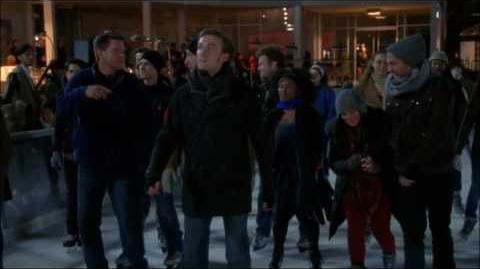 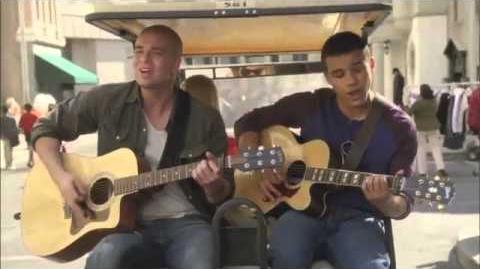 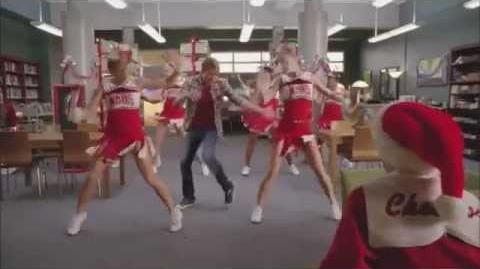 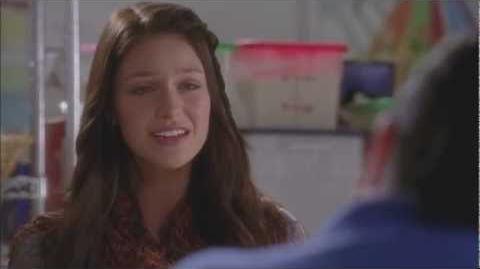 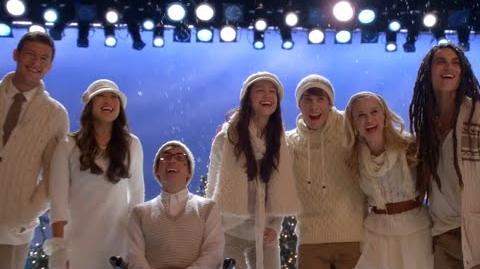 Retrieved from "https://christmas-specials.fandom.com/wiki/Glee,_Actually?oldid=188088"
Community content is available under CC-BY-SA unless otherwise noted.