"Green Christmas" is a special half-hour musical Christmas episode of the Disney Channel animated series Big City Greens, airing as the fourth episode of the show's second season (though it is the season's third episode in production order). It was confirmed at the 2019 D23 Expo on August 24, 2019, and contains six original songs. It premiered in Southeast Asia on December 6, 2019, before making its US premiere the very next day. It was nominated for the 2020 Daytime Emmy for Best Special Class Animation, but lost to The Last Kids on Earth.

The Green Family is excitedly celebrating Christmas as they are all together again. After singing a joyous song, Tilly informs Cricket that he might be on the naughty list due to his numerous misdeeds. He panics at the thought of not getting his Christmas presents this year, but Tilly tells him that they will simply go out and perform good deeds before the day is done. Meanwhile, Bill has big plans for how he wants to celebrate Christmas Eve before the big day, but when he mentions how the family will give each other gifts, Nancy and Gramma Alice panic; they did not get anything for Bill this year. Not wanting to disappoint him, the two decide to team up to get him a gift.

Cricket and Tilly perform numerous good deeds, but Cricket gets tired and decides to simply go to the mall to see Santa. After sneaking past Gloria, who is working as a mall elf, Cricket tries to speak to him, but is outed and accidentally depants Santa who tells him that he is definitely naughty. Feeling that no one else should celebrate Christmas, Cricket decides to simply pull mean-spirited pranks non-stop, much to Tilly's horror. Alice and Nancy create a terrible Bill figure from stuff found in the garage and are caught by Bill who forces them to go caroling. While out, they make a break for it, but find all the stores closed and Bill heads home saddened.

Cricket decides that his next prank will be to replace the giant star on the Big City Christmas tree with "a moon" (his butt), but while doing so, he and Tilly fight resulting in the destruction of the star and the toppling of the tree. Tilly is caught and accused of ruining Christmas by everyone, with the mall store Santa stating that she is on the naughty list. After running away, Tilly voices her disapproval of her brother's actions and how she is disappointed in him, making Cricket feel bad. Bill heads home and watches television when he sees that a blizzard is coming and races out to find his family, starting with Nancy and Alice who both are thankful for seeing him.

Cricket sadly wanders through the snow before being approached by another Santa, whom Cricket thinks is the same one from the mall, but is clearly different. Cricket admits that he was wrong and should not have done what he did. Santa offers Cricket a present that can be anything he wants, but Cricket decides that he just wants his sister on the nice list and Santa leaves. Cricket is found by Bill who also got Tilly. The entire family returns home in silence. The next morning, Cricket and Tilly are shocked that they got all their presents - even Cricket because of the selfless act he performed - and Bill finds the terrible figure from Nancy and Alice and happily thanks them for it. The entire family sings again before the sun suddenly jump scares with Cricket's face on shouting "Merry Christmas!"

Note: Russell Remington, Rashida Remington, and Vasquez appear, but do not have speaking parts.

Get ready for a Big City Greens holiday special complete with seven original songs.
It’s almost a rite of passage for a hit show to debut its own Christmas special, and now, Big City Greens will have its very own “Green Christmas,” which is fittingly the title of the episode as well. As big musical theater fans—both creators Chris & Shane Houghton did musical theater all throughout high school—the brothers and Big City Greens composer Joachim Horsley made sure the seven original songs were crafted just right.

The holiday special sounds like a blast. Can you give us the scoop? 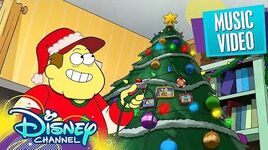 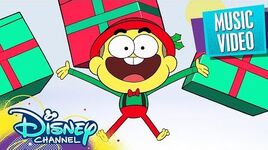 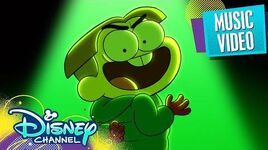 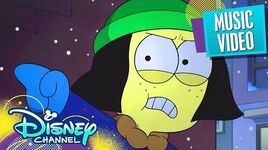 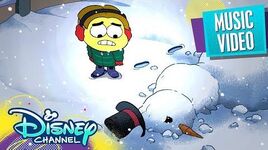 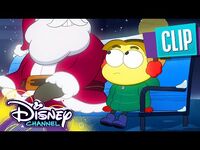 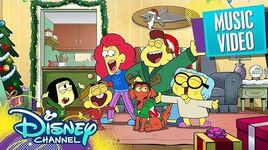