"It's Beginning to Stink a Lot Like Christmas" is the Christmas episode of the CBS sitcom The New Adventures of Old Christine, aired in the show's fifth and final season.

Christine and Matthew reluctantly attend the Christmas block party, where she learns the neighborhood is full of secrets and he questions why he ever broke up with Lucy. New Christine subjects Richard and Ritchie to her family's made-up Kinderclausen celebration. 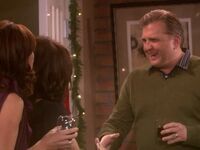 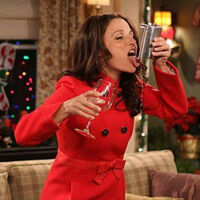 Add a photo to this gallery
Retrieved from "https://christmas-specials.fandom.com/wiki/It%27s_Beginning_to_Stink_a_Lot_Like_Christmas?oldid=103347"
Community content is available under CC-BY-SA unless otherwise noted.