It's a hot day in the middle of the desert, and the air conditioner is broken. The gang sees something in the distance of the desert, so they check it out. When they get there, it turns out to be a building of some sort that has a cool breeze coming from inside. Upon entering, Ben, Gwen and Grandpa Max come upon a bizarre Christmas village run by a Christmas-obsessed man who thinks Max is Santa Claus and proceeds to trap him.

As Ben and Gwen explore the village, they learn about a strange curse on the village from one of its few unloyal elves, who happens to be the son of the Christmas-obsessed man named Mr. Jingles. The village was frozen at Christmas time in the 1930s, meaning that time doesn't move there.

All the villagers were turned into elves by a mysterious machine. After learning this, Elf Ben transforms into Grey Matter and sneaks into the machine and deactivates it. Mr. Jingles tells them that happiness from perfect gifts is the only solution to end the "village curse". Max explains that the spirit of Christmas isn't about giving the perfect gifts but it's about the spirit of giving. When Stinkfly delivers all the gifts that have been made, the "village curse" was lifted and the Tennysons were somehow teleported back to their right time Mr. Jingles and his son are gone but a statue of them remain, which, according to a villager, was created in 1932.

The episode was made available on the Ben 10: The Complete Season 3 DVD set, released by Warner Home Video in 2008.[1] 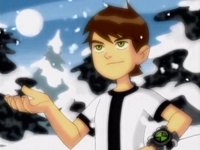 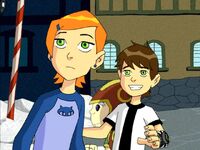 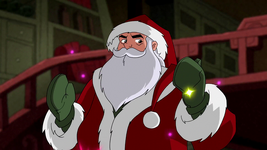 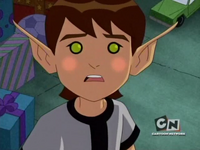 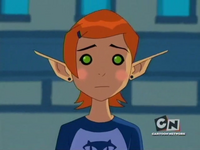 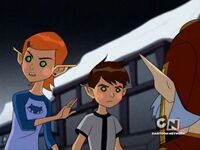 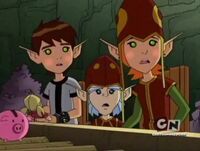 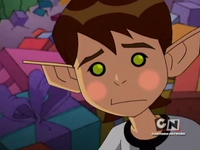 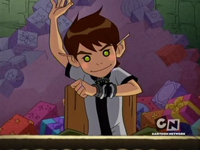 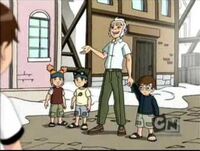 Retrieved from "https://christmas-specials.fandom.com/wiki/Merry_Christmas_(Ben_10)?oldid=165348"
Community content is available under CC-BY-SA unless otherwise noted.