The residents of the Island of Misfit Toys are a group of characters from the Rankin/Bass television special Rudolph the Red-Nosed Reindeer. They are sentient toys who all have some strange quirk about them. Because of said quirks, these toys feel that there is no human child who could possibly want to play with them. As such, King Moonracer brings them to stay on the island until suitable owners can be found.

In the special, Rudolph, Hermey, and Yukon Cornelius first encounter the Misfit Toys upon accidentally landing on their island. The Misfit Toys explain their predicament to the trio through the song "The Most Wonderful Day of the Year". In the special's original broadcast, this was the toys' only scene, with the only resolution to their subplot being Santa Claus promising to find homes for them after Rudolph tells him about the island, and later saying that the island would be his first stop on his annual run that year. When viewers complained about not seeing him keep that promise, the following year's broadcast added a new scene to the ending, showing Santa arriving to pick up the Misfit Toys, which has remained in all subsequent releases of the special.

In addition, the most prominent Misfit Toys from the original special also starred in a midquel graphic novel titled The Island of Misfit Toys, published for the special's 50th anniversary in 2014. 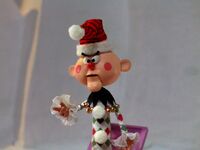 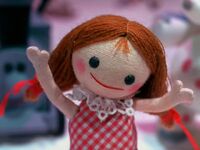 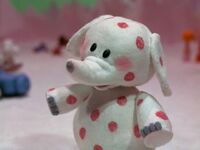 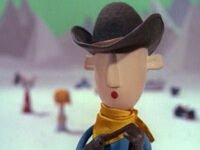 A cowboy who rides an ostrich 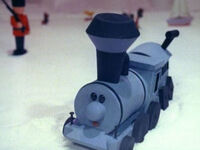 A train with square wheels on his caboose 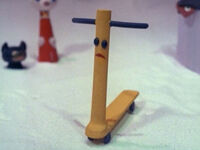 A scooter for Jimmy 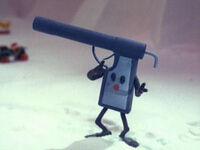 A water pistol that squirts jelly 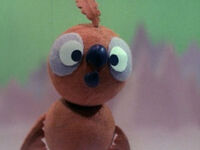 A bird that swims 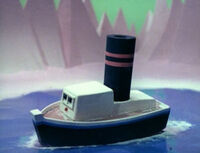 A boat that can't stay afloat 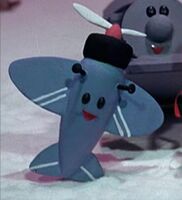 An airplane that can't fly 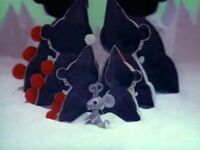 A wind-up mouse in a set of nesting clown dolls 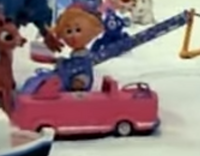 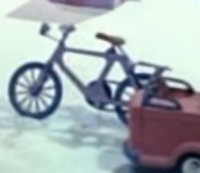 A push up toy cat

A kite who's afraid of heights

A piggy bank with no slot

A boomerang that doesn't come back

A rattle without a noise
Community content is available under CC-BY-SA unless otherwise noted.
Advertisement