Christmas Specials Wiki
Register
Don't have an account?
Sign In
Advertisement
in: Specials, 1962 releases, A Christmas Carol,
and 3 more

Mister Magoo's Christmas Carol is a 1962 Christmas television special starring the UPA cartoon character Mr. Magoo. As suggested by the title, it is a musical adaptation of Charles Dickens' A Christmas Carol, and also the first animated holiday special ever produced specifically for television. It would notably also inspire the animated television series The Famous Adventures of Mr. Magoo, in which Mr. Magoo became an actor in dramatizations of various well-known stories.

The story is the familiar Dickens tale with Mr. Magoo cast as Ebenezer Scrooge, and Gerald McBoing-Boing (in a rare speaking role) as Tiny Tim. The special is written as a Broadway theatre play, divided into acts with an actual stage curtain. In the often-cut opening and closing, the near-sighted Mr. Magoo arrives at the theatre, takes his bows with the other actors, and accidentally demolishes the stage scenery at the end. The 19th century English characters Ebeneezer Scrooge, Bob Cratchit, etc., are thus not seen directly, but instead are portrayed by fictional American actors playing their parts.

The special's music was composed by Jule Styne and Bob Merrill, with orchestrations and instrumental music by Walter Scharf.

The special's soundtrack was released as a digital download on November 2, 2010. Additionally, "The Lord's Bright Blessing" was made available on the album Nick at Nite: A Classic Cartoon Christmas, Too.

The special was originally held by United Producers Associates, along with the rest of the Mr. Magoo library. Classic Media, formerly known as Entertainment Rights, held the rights until July of 2012, when the company was sold to Dreamworks Animation SKG, which was later bought by NBC Universal in April 2016.

The 2002 DVD release by Sony Wonder contained a bonus Mr. Magoo short, Mr. Magoo Meets Gerald McBoing-Boing. It was not included on subsequent releases, but the 2010 DVD/Blu-ray combo pack (and its subsequent DVD-only release in 2011) contained an audio commentary, two storyboard sequences, a song demo, and a slide show of the special's production. 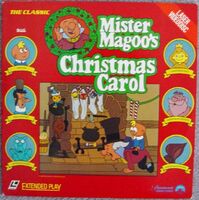 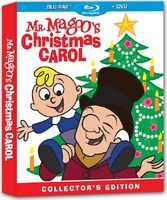 Darrell Van Citters, owner of Renegade Animation, wrote a book, released in 2010, that takes a behind-the-scenes look at the making of the special.