Sam was the first of many narrators for Rankin/Bass' holiday specials, who were usually caricatures of their celebrity voice actors. In this case, he possesses Burl Ives' trademark beard, girth, and voice. He seems to exist entirely outside of the main plot events, relating an item of past history but never directly interacting with the other characters. However, he does mention that he told Hermey and Yukon Cornelius where to find Rudolph when they returned to the North Pole (though it is never told how exactly he originally knew where Rudolph was going). At the end, he is seen watching Santa's sleigh take off into the sky.

Of the characters created for the Rankin/Bass special, Sam was one of the few who did not reappear in the 2001 Goodtimes Entertainment-produced sequel, Rudolph the Red-Nosed Reindeer and the Island of Misfit Toys, most likely due to Burl Ives having passed away by that point. His role was instead given to a similar snowman character named Scoop, voiced by Richard Dreyfuss. Sam did, however, reappear in the 4D attraction film adaptation of the original special, now voiced by Jason C. Kane. 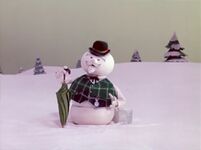 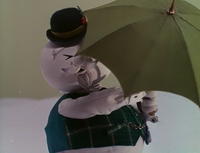 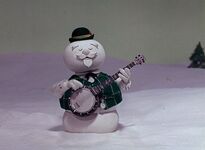 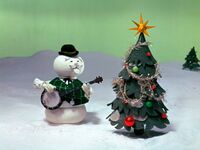 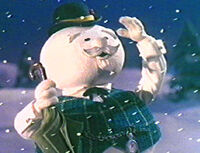 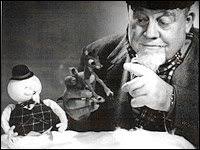