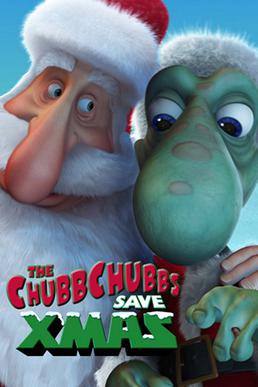 Meeper and the ChubbChubbs want a home for Christmas, but when they land on earth, they fall on Santa. The sake of the holiday was in Meeper's hands.

Meanwhile, a mean little boy named Brad hacks the www.IveBeenGood.com website and puts him on Santa's nice list when he finds out he is naughty. This causes Meeper to think that he was good. When Meeper gets to the house, one of the ChubbChubbs is taken by Brad. Puzzled, Brad tries to find the opening for batteries when puts it in the wrong place.

Meeper finds out and picks up the biggest ChubbChubb. The creatures finally get there wish....a trailer, but the ChubbChubbs eat the house, causing them to go back home.

Add a photo to this gallery
Retrieved from "https://christmas-specials.fandom.com/wiki/The_ChubbChubbs_Save_Xmas?oldid=105246"
Community content is available under CC-BY-SA unless otherwise noted.