The Nutcracker and the Four Realms

The Nutcracker and the Four Realms is a 2018 theatrical Christmas movie presented by Walt Disney Pictures and produced by Mark Gordon, and it is suggested by the original Nutcracker story by E.T.A. Hoffmann and The Nutcracker Ballet, choreographed by Marius Petipa. It was released in theaters on November 2, 2018.

On Christmas Eve in Victorian London, Benjamin Stahlbaum gives his children, Louise, Clara, and Fritz, the presents his wife, Marie, had set aside for them before she died. Clara receives an egg-shaped box which she is unable to unlock, together with a note saying "Everything you need is inside". The family goes to a Christmas Eve ball, hosted by the children's godfather and skilled engineer, Drosselmeyer. Clara asks him how to unlock her gift. He reveals that he made it for Marie when she was younger.

Benjamin scolds Clara for refusing to dance with him, and they insult each other. She finds her string with her name on it, signifying her gift, and follows it into a forest in a parallel world where she sees a key. Before she can grab it, a mouse snatches it and crosses a frozen river. Captain Phillip Hoffman, the Nutcracker, leads her across the bridge into the Fourth Realm, where they hardly escape the Mouse King and Mother Ginger, the regent of the Fourth Realm. Phillip brings Clara to the palace, where she meets the regents of each land: the Sugar Plum Fairy of the Land of Sweets; Shiver of the Land of Snowflakes, and Hawthorne of the Land of Flowers. They tell her they are at war with the Land of Amusements, which they refer to as "the Fourth Realm". It is also revealed Marie was the beloved Queen of this magical land and, thus, Clara is the princess.

The Sugar Plum Fairy explains that Marie created this world as a young girl, and that she animated everyone with a machine that can turn toys into real people. The Sugar Plum Fairy says this machine can be used to defend the three realms against Mother Ginger, but it needs a key matching the one for Clara's gift. Sneaking into the Fourth Realm, Clara and Phillip steal back the key from Mother Ginger (ignoring her warning that the Sugar Plum Fairy is lying to them), but Clara is disappointed to discover that the gift is only a music box.

The Sugar Plum Fairy uses the machine to bring toy soldiers to life and orders them to attack the Fourth Realm. She then reveals that she lied about Mother Ginger, who had resisted her plan to take over all four realms in revenge for her perceived abandonment by Marie, and that the machine can turn this world's people back into toys as well. She imprisons Clara, Phillip, Shiver, and Hawthorne.

Thanked for restoring peace among the Realms and the destruction of the Sugar Plum Fairy, Clara promises to visit the Realms in the future. After saying goodbye to Phillip, whom she seems to have developed a crush on, she returns to London, where time has hardly passed since she left. She and Benjamin apologize to each other and she finally decides to dance with him. He accepts, and she opens her music box. He reveals that the music was the first song that he and Marie had ever danced to. They dance throughout the night in the ballroom.

The latter two songs are featured in the closing credits. 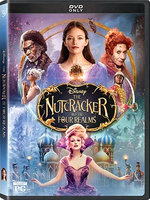 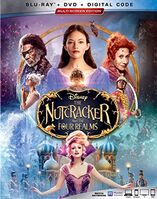 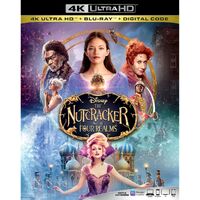