The Toronto Santa Claus Parade is a Santa Claus parade held annually in mid-November in Toronto, Ontario, Canada. More than a half million people attend the parade every year.[1] The televised parade starts after noon and lasts about three hours.

The Toronto Santa Claus Parade was first held on December 2, 1905 with just a single float, and was operated and funded by the Eaton's chain of department stores. It now has over 25 floats, 24 bands, and 1,700 participants. The parade route is almost 5.6 kilometres (3.5 mi) long. It is one of the biggest productions in North America and the oldest annual parade in the world.[2]

From 1925 to the 1970s, the floats from the parade were reused in Montreal. This arrangement was cancelled due to the FLQ Crisis.

Near demise and revival

Eaton's association with the parade ended in 1982 and almost led to the parade's demise.[3] Businessmen led by George Cohon and 20 corporate sponsors stepped in to save the parade. Cohon remains co-chair of the parade organization. Today the parade is funded by various corporate sponsors (including McDonald's, Canadian Tire, Lowe's, Sears Canada, and Tim Horton's) which are featured in floats.

In 1983, the Celebrity Clowns began and remains a tradition of the parade today.

In 2011, the parade route moved its southbound leg from Yonge Street, via Dundas Street West, to Avenue Road, Queen's Park Crescent and University Avenue. Thus ending the tradition of passing the Toronto Eaton Centre, once home to the parade's former sponsor. Eaton Centre, one of many parade sponsors, continues to host the pancake breakfast.

On April 6, 2010, CTV and parade organizers announced an agreement under which CTV stations nation-wide, along with CTV-owned Toronto-based 24-hour news channel CP24, would air live coverage of the parade through 2012.[6][7][8]

Streets around the downtown core are closed from from approximately 8:00 a.m. through afternoon of parade day. While some parking is available, organizers encourage viewers to take public transit. GO Transit (via Union Station) and Toronto Transit Commission's subway stations provide access to the parade route.[9] 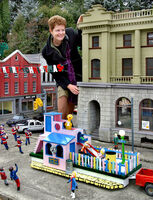 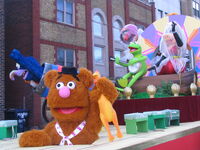 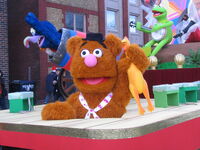 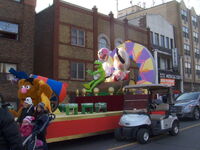 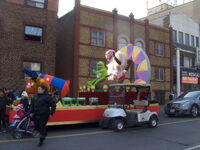 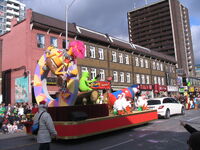 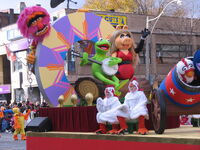 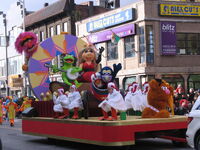 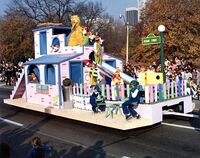 Retrieved from "https://christmas-specials.fandom.com/wiki/Toronto_Santa_Claus_Parade?oldid=153538"
Community content is available under CC-BY-SA unless otherwise noted.