"Witchmas Carole" is the Christmas-themed episode of Sabrina: The Animated Series, produce and aired as the fifty-eighth episode of its duration. As suggested by the title, the plot is based on that of Charles Dickens' classic story, A Christmas Carol.

Angry over Gem Stone's views on Christmas, Sabrina, Hilda and Zelda pose as the Ghosts of Christmas Past, Present and Yet to Come in order scare the Christmas spirit into Gem, but the plan goes awry when Gem learns nothing. 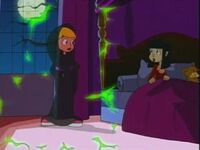 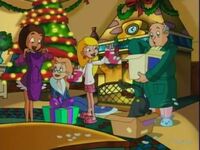